Extended version of a feature I wrote for a recent issue of Venue, celebrating the 20th anniversary of 2 Kings Records. I caught up with Andy Scholes - half of Henry & Louis - to talk Jamaica, dubstep, and the enduring appeal of roots reggae. 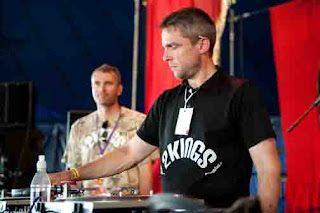 Jack and Andy started making music together in 1988, forming 2 Kings Records two years later.
Both were steeped in the sound system culture of St Pauls. “Bristol's always had a big roots following”, Andy remembers. “If you went to St Pauls in the early 80s you could go to Sam’s Blues, Green Street - those shebeen blues things were massive in Bristol. Going back further you had The Bamboo Club. The Wailers played here”.

Inspired by dub pioneers Scientist and King Tubby, the fledgling producers used their heroes’ analogue techniques as a starting point. Their first single was ‘Too Late’, with Jamaican singer Prince Green. “It was hard to sell reggae back then”, says Andy. “There were only a few shops, and we had to go to London to press records at Jah Tubby’s. Distribution was practically non-existent”. 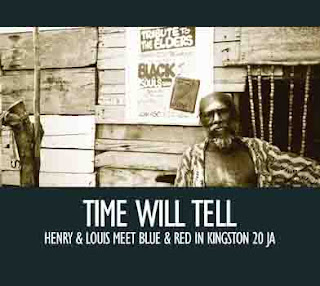 2 Kings struggled on, but when they finished an album Henry & Louis decided to turn elsewhere. ‘Rudiments’ - a collection of sure-stepping dub versions - came out on More Rockers, the imprint of Bristol Sound pioneers Smith & Mighty.

“Rob Smith was a mentor from day one. He’s a very humble guy”, Andy recalls. “He wouldn’t say ‘that’s wrong’, even when it was definitely wrong. It was always ‘have you thought about trying this?’ ” Jack and Andy also spent time at Smith & Mighty’s studio, 40 Ashley Road, contributing to their low end classic Bass Is Maternal. The sessions also led to some timeless jungle-dub collaborations, like ‘Rwanda’ and ‘How Can A Man’, which ended up on 1994’s ‘More Rockers Dubplate Selection 1’.

Bristol’s first great drum & bass album - arguably its best -, it was a health and safety nightmare. “Rain was pouring down the wall”, says Andy, “and Rob’s got electrical equipment everywhere. He’d say, ‘don’t worry, it’ll be ok…just don’t lean on the wall’.” He remembers Ashley Road as “a legendary studio” though: “the people who passed through there - Roni Size, Krust, Die. Rob had every analogue machine you can imagine.” 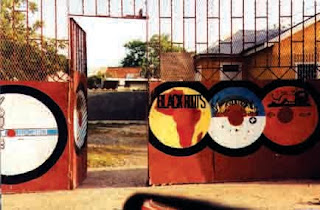 Next stop, Jamaica. Andy spent a year on the island, hunting down the best reggae vocals he could find. Packing ten dubs he’d made with Jack and another nine of Rob’s, he moved to Duhaney Park in downtown Kingston. “I went to see Sugar Minott”, says Andy, “who set me up with Johnny Clarke, Willie Williams, Tony Tuff…” The vocals were recorded at UB40’s studio in Port Maria - previously owned by Bob Marley.

“If I’d mixed it in England it would never have sounded like that”, Andy believes. “In Jamaica you live and breathe reggae. It’s in the food you’re eating, the smoke you’re smoking”. The singers were respectful that he’d gone to live downtown, “because it’s rough place, but I’d never have got vocals like that anywhere else. I recorded twenty-six, and used nineteen. There are still vocals I’ve done nothing with. There’s more to come.”

The resulting album, ‘Time Will Tell’ is a contemporary roots classic, combining the U.K sound system styles of the 90s with timeless reggae vocals. Dub legend Augustus Pablo liked it so much that when Andy returned to Jamaica in ‘98, he was invited to stay at Pablo’s house. “There I was, on Tangerine Hill, looking at him with that thing in his mouth…” His melodica? “No, the big smoking chalice”. Sadly, Pablo passed away six months later: “he had cancer, but like Bob Marley, he wouldn’t take the treatment”,

Andy remembers. “He couldn’t eat. He just sat there drinking this thing called bitters, and smoking. When I left, he gave me these boxes with ‘Rockers 1’ written on them, - ninety 7” singles, all his own productions. They’re probably worth thousands.” 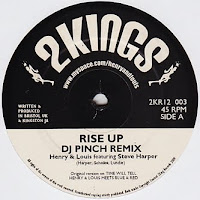 ‘Time Will Tell’ was finally released in 2001, on the American label B.S.I. Meanwhile, 2 Kings continued to grow, as cuts such as ‘Love Like A Diamond’ benefited from a new explosion of roots awareness in dubstep’s wake. “It was already building for us”, Andy says, “but without dubstep, it wouldn’t be selling as well today. Kids want to know where their music comes from, and that turns them on to roots and dub”.

2 Kings released treatments of ‘Answer’ and ‘Rise Up’ by Bristol dubstep mainman Pinch, and RSD (their old sparring partner, Rob Smith). “Pinch has something special about him”, thinks Andy. “Every time he drops something it’s like, ‘Oh my God’. He’s a humble guy as well - he reminds me of Rob Smith 20 years ago.” Radio 1 DJ Mary Anne Hobbs called her two-hour showcase of the local scene ‘Bristol Rise Up’, using a sample from Henry & Louis' track throughout the show. "Yeah, where's our money? Where's our royalty for that?", jokes Andy, adding, "It's flippin' hard to get on the radio. We've been lucky with Mary Anne Hobbs."

A third Henry & Louis album - ‘Increments’ - followed in 2008, and this time Jack and Andy released it themselves. A production masterclass, it pits contemporary roots rockers like ‘Lion’s Den’ against seismic steppers such as ‘Revelation Dub’. At twenty years old, 2 Kings is still in the vanguard of the UK Roots movement, with releases planned for Prince Jamo and the late, great Mikey Dread. A ‘20 Years of 2 Kings’ retrospective is due for release this autumn, packed with previously unreleased tracks from the label's archive.

Their next move is 2KD - a sister label with dubstep producer KDub. “We started putting dubstep out on 2Kings", Andy explains, "and people were getting confused, because we're a roots label. We're starting 2KD to prove you can have a roots-conscious thing on dubstep tunes”. The new label’s first release will be Pinch and RSD's remixes of ‘Love Like A Diamond’. 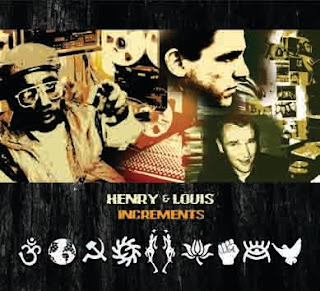 They're not just playing it safe, though. A big part of the 2KD plan is to work with Bristol’s next generation. Aware that good reggae vocals are hard to come by, they've handed theirs out to young producers like Rogue, Superisk and Widelows. If the results are as good as they expect, 2KD will release them next year.

Their priority is 2 Kings, though. “We’re not going to stop putting out roots”, says Andy Scholes, putting reggae’s long-lasting appeal down to “the message. It’s the experience of life - the reality of life”. Having seen sound system music mutate through dub, trip hop, jungle and dubstep, they’re more aware than ever of the value of the music that started it all. As Andy puts it: "We’re giving the dubstep thing a go, and we hope it will work - but this - roots reggae - we know this works.”

Adam Burrows
I edited a zine called Choke and have also written about music and clubbing for Venue, Bristol24/7, The Bristol Post and Metro. Life member of the noise-rock band Big Joan and joint development lead of the Flag Fen project. Representing The Old Grey Whistle Posse.